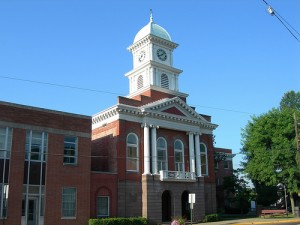 SELINSGROVE – A Snyder County Commissioner is urging more negotiations between its regional authority and the borough of Selinsgrove…This after the Eastern Snyder County Regional Authority announced Tuesday new business and home developments in eastern parts of the county will be barred from connecting to its wastewater treatment plant.

There is a moratorium on new hookups and Commissioner Peggy Chamberlin-Roup tells us attorneys from both sides need to ‘sit down and come to terms’ on the matter. She says the ban hurts everyone and will negatively affect the county’s economic development.

ESCRA announced the moratorium following a request by the borough to revise service agreements to its four municipal members. This includes Selinsgrove and Shamokin Dam boroughs, and Monroe and Penn Townships. The authority is seeking a low-interest loan to fund a $10 million plant upgrade.