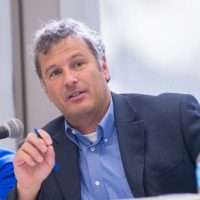 In a recent interview, Leonard Steinhorn, CBS News political analyst discussed President Biden’s troubles says Biden needs to reassert his Presidential Authority to show he is mentally fit, “What Biden has to be able to do, is to reassert, his authority and show a degree of competence. That he is in charge, that he is doing things to get out of these problems and to reassure Americans that, ‘Hey, things are going to get better…’”

When asked if he believes Biden is cognitively fit for office, Steinhorn says he thinks so when comparing Biden to previous President’s but the idea is talked about so often it remains relevant,  “We are in a highly polarized environment. So you plant a seed, let’s say on Fox News, about the President’s cognitive abilities and people are just going to endlessly talk about it on radio because the seed has been planted whether it’s true or not.”