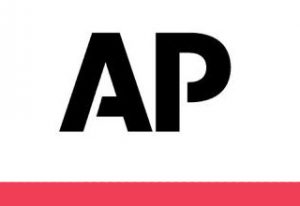 HARRISBURG, Pa. (AP) — Pennsylvania health officials are looking closely at areas where COVID-19 infection rates and deaths are ticking back up, threatening to turn back progress against the pandemic, the state’s health secretary said Friday.  The rise may be attributable to the gradual reopening that has been taking place in Pennsylvania, as well as more extensive testing, Dr. Rachel Levine said.

Cases are on the rise in Allegheny County, which reported 61 new confirmed infections Friday, its second-highest reported daily total of new cases. The county’s case counts and percentage of positive tests both more than tripled in the last seven days, compared with the previous seven-day period, according to state data reported Friday.

In Philadelphia, health officials said Friday they are not meeting the target reductions in new infections to move next week as planned to the green phase.  The city announced a mandatory mask order for both indoor and outdoor spaces for those in contact with someone they don’t live with, and Farley urged people to quarantine themselves if they come to the city from other states or counties where case counts are rising.

PITTSBURGH  (AP) – At UPMC in Pittsburgh, Dr. Donald Yealy, the senior medical director and chair of emergency medicine, said in a briefing that, even with an uptick in cases in the area, the number of people hospitalized with the coronavirus has been on a downward trend for weeks.  Increased testing is expected to yield more positive cases and those contracting the virus now tend to be those who recover well or have little signs of infection.

“What’s most important now is we need to change our mindset and focus on not just or exclusively on the number of cases, but on the severity of illness,” Yealy said.  The younger and healthier people who are becoming infected may be helping build collective immunity, something that helps in a viral pandemic, Yealy said.

LONG POND, Pa. (AP) — The billboard at the entrance to Pocono Raceway has photos of Chase Elliott and Kyle Busch and “First-Ever NASCAR Doubleheader” in bold letters.  The kicker comes at the bottom of the sign: “Kids Free.”  A grand gesture — and a needless one.  After allowing a small number of fans into races in Florida and Alabama, none will be allowed at this weekend’s races at Pocono.  The absence stings a bit more this season for a track that first held a Cup race in 1974.

Pocono is the site of a Cup Series twin bill, with one race on Saturday, one on Sunday, and the second race comes with a twist. The field for Sunday’s race will be set by inverting the lead-lap finishers from race No. 1.  The tri-oval track has suffered its knocks through the years, and enthusiasm among drivers — and fans expected to bring their wallets and pack the infield for a Pocono Party unlike anyone could remember — was through the roof.

Joey Logano, the defending Cup champion, noted at this year’s Daytona 500 how Pocono had a distinct feel.  “Pocono used to just be a race in Pocono. It wasn’t a big deal,” he said. “Now it’s an event. There are two races in one weekend and that’s a cool way of turning it into a big event.”  Not anymore. The big news at the track Friday — certainly not in the sport where Bubba Wallace continues to dominate national headlines — was the opening of the regenerative organic farm Pocono Organics.