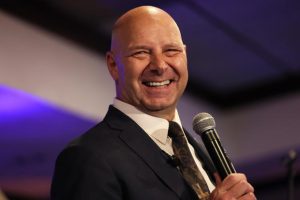 HARRISBURG, Pa. (WHTM) — Republican Pennsylvania State Senator Doug Mastriano says he planned to introduce legislation that would ban drag shows on public property or in areas where minors could see.

In a memo originally posted Monday and later republished Tuesday, Mastriano said the proposed legislation would place drag shows under the “adult-oriented business” classification, which would put restrictions such as “permitted locations for performances, age of the intended audience, and the scope and appeal for prurient interest.”

“As a defined adult oriented business, drag shows in Pennsylvania will have commonsense restrictions such as the permitted location of performances, age of the intended audience, and the scope and appeal for prurient interest,” stated Mastriano’s memo.

In a statement to abc27 on Tuesday, Mastriano said “it is disheartening that legislation like this is needed. Parents have a right to know their children are not being exposed to sexually charged content in a public forum. Drag shows that appeal to minors on school property, libraries, and other public places should not be accepted in any functioning society. My legislation will ensure that this is no longer occurs in the Commonwealth of Pennsylvania.”

The memo was posted to the State Senate website and later taken down on Monday evening after being reviewed by abc27. The memo was later reposted on Tuesday morning. No other State Senators were listed as co-sponsors of the bill.

In the memo Mastriano referenced two drag show performances he says were attended by minors, including one at Hempfield School District in Lancaster County last year..