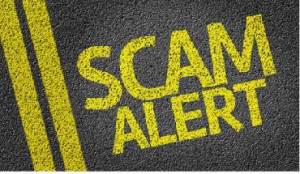 SELINSGROVE – PennLive is reporting…  A 26-year-old Snyder County man got taken to the bank by some scammers.

The unidentified Port Trevorton man told state police Saturday he was expecting $210,000 in cash in return for a $23,000 investment. Instead he received a briefcase containing toilet paper and books.  The man told police Saturday that since June 1 he had used a cash app and bitcoin to pay $23,000 for what he thought was an investment.

When he received the briefcase, supposedly containing the $210,000, he was told he had to pay an additional $9,000 to get the code to open it, troopers said.  That’s when he realized it was a scam. He did not pay the $9,000 and took the briefcase to the Selinsgrove state police barracks, they said. It appears the scam originated in the U.S., police said.