Why People Don’t Evacuate for Hurricanes 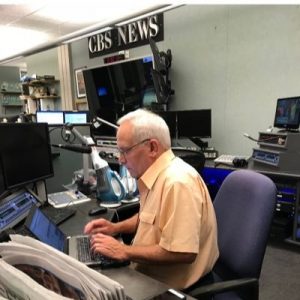 GREENSBORO, N.C. – Why would anyone in the path of a major hurricane not want to evacuate their home?

CBS News Correspondent Jim Krasula told WKOK’s On The Mark Thursday there are actually three good reasons why, “They say, ‘hey, I don’t wanna get in these monumental traffic jams,’ they have concerns about running out of gas and stations having gas, are there accommodations somewhere? Can you even find a hotel? The main reason people tell me they don’t want to leave their homes is, frankly, fear of it being looted.”

Even when state governments issue mandatory evacuation orders, Krasula says they have no legal authority to force anyone out of their home.

But Krasula says Ian’s impact is very similar to the damage sustained from Hurricane Charley in Florida in 2004, except deaths from this storm will be because of high water, “Tremendous storm surge, and just a lot of water being pushed into places where water wasn’t there before. I think that’s what we’re going to see if in fact there are a significant amount of deaths in this.”

Krasula says he doesn’t anticipate gas prices will rise because of the storm, saying there are few oil rigs in southwestern Florida.

You can hear more of On The Mark’s conversation on the storm with Jim Krasula on the WKOK.com Podcast Page or wherever you listen to podcasts.