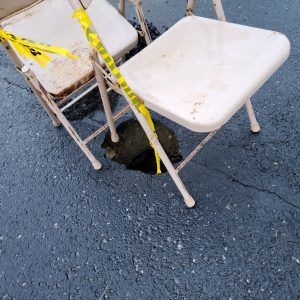 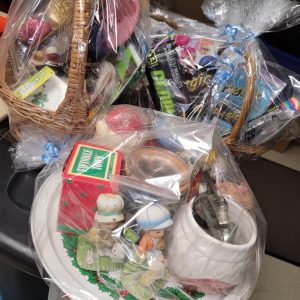 SUNBURY – You’ve seen Sunbury Fire Police a lot lately, and you’ll see them a lot more in October. They’ve been at crash scenes, summer activities, and soon they’ll be at parades and more football games. Their work, vehicles, equipment, and staff all this cost money.  SFP is doing some fundraising this weekend.

They were still paying for new digital radios, and a sinkhole opened up in their parking lot.

Digital radios were $50,000 and will be delivered soon. Grant money and the city will help offset those costs.   Recently, a sinkhole developed in their parking lot, and they’ll have to pay to have that excavated, and repaired. It is estimated that will cost thousands of dollars.

Mary and Bruce Colyer team up to run the fire police, they tell us, they’ll be holding a Chinese Auction and some other fundraising this Saturday at the Eagles Club at Chestnut and Third Streets. The auction, activities, and food are from 11am to 3pm. The drawing for the numerous baskets and prizes is at 3pm. Tickets will be on sale at the event and in advance by calling 570-274-9907.