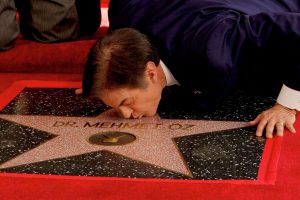 HARRISBURG – PennLive/TribLIVE is reporting… Dr. Mehmet Oz appears to be gaining some traction while getting more attention for his immigrant back story and moderate stances on same-sex marriage. He’s also effectively gone after Fetterman for balking at participating in debates and issues such as crime.  The Fetterman campaign rejects this narrative, and said Republicans are just coming to aid Oz’s struggling campaign.  After being down double-digits in polls from earlier in the summer, Oz has clawed back to within just a few percentage points of Fetterman.   A CBS poll from last week showed Fetterman leading Oz, 52% to 47%, while a poll from the Trafalgar Group from this week had Fetterman up, 48% to 46%.

This week, the Washington Post editorial board backed Oz’s call for Fetterman to agree to a debate, and criticized Fetterman for lacking transparency about his health problems associated with his stroke recovery, mirroring Oz’s rhetoric on the issue.  Fetterman had already agreed to one debate on an unspecific date, but he finalized a late October date for the debate following the publication of the editorial.  The Philadelphia Inquirer also noted how Republicans believe Oz’s attacks on Fetterman over rising crime and whether his criminal justice reform efforts have been effective have placed Fettterman on the defensive for the first time in the race.

The GOP’s conservative wing is helping to boost Oz’s personal brand, especially with suburban voters, whom politicians like Toomey have had success winning over.  Oz has reignited his campaign’s focus on his immigrant roots and how his family has been able to achieve the American Dream. Oz’s parents were born in Turkey, and raised Oz primarily in Ohio, where he was born, and Delaware.

At a rally in Monroeville in late August, he spoke about how his family believed America was a place where people from around the world could come to improve their lives.  He also reiterated his support for same-sex marriage and signed onto a letter from GOP leaders who hope Republicans in the Senate will support a bill to protect same-sex marriage rights. 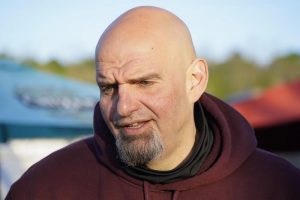 The move led to some criticism from some far-right Republicans, including GOP gubernatorial candidate Doug Mastriano, but it also could help Oz curry some favor with suburban voters.  “Dr. Mehmet Oz believes that same-sex couples should have the same freedom to get married as straight couples and he was proud to join this effort,” Oz campaign spokeswoman Brittany Yanick said.

According to a 2021 PRRI poll, 69% of Pennsylvanians support same-sex marriage, while 28% oppose it.  National Republican Senatorial Committee spokeswoman Lizzie Litzow said Oz is gaining momentum at the right time.

“The Republican Party is coalescing around Oz,” Litzow said.  In addition to support from some well-known Republicans, the campaign arms of the party and its allies are infusing millions of dollars into the campaign to support Oz.  The GOP-controlled Senate Leadership Fund is putting $24 million into the race, according to Politico. And Axios reported that the U.S. Chamber of Commerce, which primarily supports Republicans but also gives to Democrats, contributed $3 million to the Senate Leadership Fund specially for Pennsylvania’s Senate race.  Both Oz and Republican leadership are hammering Fetterman over rising crime rates and his criminal justice reform stances, such as wanting to lower prison populations.

These attacks have put Fetterman on the defensive and prompted him to run ads clarifying his positions on crime. Fetterman has criticized Oz for sharing what he has called misleading figures.  Irwin said Oz’s message has resonated with many voters because violent crime is up in many parts of the state. “There is a third of the electorate that just wants to see the problem solved,” Irwin said.  He said the questions over Fetterman’s health as he recovers from a stroke also have garnered some more support for Oz, he said.