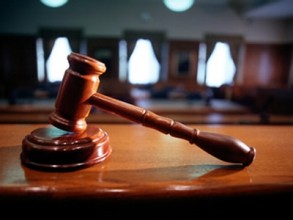 WILLIAMSPORT – The Lewisburg Area School District is being taken to federal court over accusations they failed to address the bullying of a 14-year-old student. According to PennLive.com, the mother and stepfather of the boy filed the suit in U.S. Middle District Court in Williamsport seeking unspecified damages for the boy who attended Linntown Intermediate School.

They claim the school failed to handle the matter properly and it escalated – including one incident where two students who verbally attacked him in the hall grabbed the shoulder he had broken in a recent accident.

According to PennLive, the attacks started after an anonymous report made to ChildLine March 19 accused the boy of raping a female student – both the parents say they were told by Buffalo Valley Regional Police the girl made up the incident and the boy would not be charged.

The family claims none of the harassers were punished or disciplined beyond simply being spoken to by the principal, and the bullying had been occurring since last November despite the March report. The family has since withdrawn the boy from the school, which included an opinion from the boy’s doctor claiming he was no longer safe at Linntown.

The district is not commenting on the lawsuit.