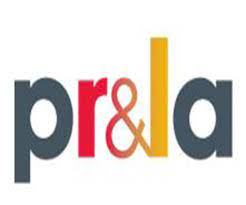 HARRISBURG – The Pennsylvania Restaurant and Lodging Association says Governor Tom Wolf’s shutdowns of restaurants from the pandemic were ‘erroneous.’

President and CEO John Longstreet was on WKOK’s On The Mark, “Everyone that was tracking cases said there was little to no spread of the disease in restaurants. The states that were most heavily mitigated, Pennsylvania one of three or four, and ones most lightly mitigated, like Florida, Texas, Georgia and the many others, had virtually no difference in cases or deaths per 100,000. In fact, some of the more lightly mitigated states fared better than Pennsylvania.”

Longstreet says restaurants biggest hurdle now is overcoming debts from the shutdowns, but the industry is already rebounding well, “Pennsylvania is poised to be a tremendous drive-through destination because of the metro-New York market, and they come to Pennsylvania to vacation, so the leisure travel’s already back. The real question mark’s gonna be; business travel because no everyone’s going to go back into their offices. Business travel’s gonna lag probably until next year, that represents 50% of hotel travel.”

In fact, Longstreet says current jobs in the industry are betting paying than staying home collecting the extra unemployment benefits, “Tipped employees make far more than they can make on unemployment. They’re averaging somewhere between $20 and $25 an hour. From what I’m hearing from our members and constituents across the state dishwashers are paying $10-12 per hour, cooks $18-20 an hour, so the pay is commensurate with the market.”

You can hear more from Longstreet as well as reaction to the latest job report from the Greater Susquehanna Valley Chamber of Commerce on the WKOK Podcast page.