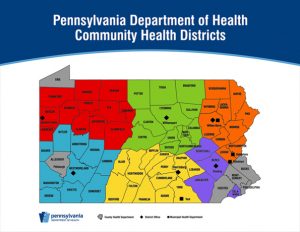 HARRISBURG, Pa. (AP) — The panel that will redraw the boundaries of Pennsylvania’s legislative districts amid public education campaigns to stamp out gerrymandering will be chaired by the University of Pittsburgh’s former chancellor as the tie-breaking fifth member appointed by the state’s high court Monday.  The state Supreme Court announced Mark Nordenberg’s appointment in an order and in a letter to the Legislature’s caucus leaders from the chief justice, Max Baer.  Nordenberg, who also was Pitt’s law school dean, now chairs the university’s Institute of Politics. Nordenberg, 72, stepped down as chancellor in 2014 after 18 years.  With the appointment, Nordenberg effectively will set the agenda for the five-member Legislative Reapportionment Commission to draw and approve new legislative districts before the 2022 elections to conform with demographic changes identified by the once-a-decade census count.

The court did not explain how it came to appoint Nordenberg. The other members — the Legislature’s caucus leaders — informed the justices on Friday that they could not agree on a chair.  Nordenberg said he has known most of the high court’s justices for a long time through the legal community, and was approached by Baer a week or two ago about serving if legislators could not agree on someone else.  The court has a 5-2 Democratic majority, with four of those Democrats — including Baer — hailing from Pittsburgh.  A registered Democrat, Nordenberg served on the transition team of then-Gov.-elect Tom Wolf in 2014. But Nordenberg said he has no strong partisan affiliations, he has voted for members of both parties and he is “about as close to the middle as you probably could get.”  He said he had already reached out to the other four commissioners to begin discussing the task ahead.

Nordenberg gets the job amid aggressive public education campaigns that aim to root out gerrymandering by raising awareness about how districts must be drawn and helping regular people draw their own district maps using basic online tools.  To keep equal populations, the districts inevitably will have to shift away from regions where the population is stagnant — largely Republican areas in northern and western Pennsylvania — to growing regions of the state, primarily eastern and southern Pennsylvania.  Democrats have criticized the current maps of districts as gerrymandered to favor Republicans, leading to strong Republican majorities in both chambers, despite the fact that statewide voter registration rolls and statewide elections have favored Democrats in the past two decades.  Republicans counter that they win more legislative seats by finding better candidates and running better campaigns. Asked if he thought the maps were gerrymandered, Nordenberg said he had “no opinion on what has been done in the past.”