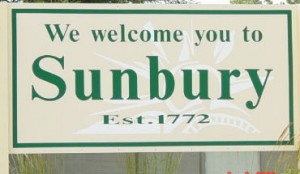 HARRISBURG – The City of Sunbury is receiving some state funding to assist the upcoming Reagan Street reconstruction project.

The state says $700,000 is being awarded for the project from the Commonwealth Financing Authority (CFA).   The project is taking place on Reagan Street from Front to Fourth Streets, and includes separation of stormwater and sewage pipes. The goal is to prevent flooding in the Reagan Street underpass.