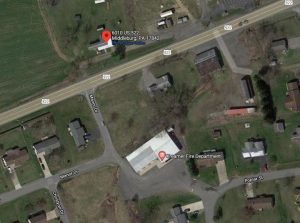 KREAMER – A family in Snyder County was displaced by a mobile home fire Friday night. Central Susquehanna Regional 9-1-1 tells us they sent volunteer fire fighters to 6010 Route 522 in Kreamer. That is a home only a short distance from the Kreamer Volunteer Fire Company.

The Red Cross was called to assist six members of a family, including four children, who were displaced by the blaze. CSR 9-1-1 tells us they know of no injuries during the fire fight. The blaze was reported at 10pm, and crews were on the scene until about 1am Saturday.

Volunteers from Kreamer, Freeburg, Freemont, Middleburg and Selinsgrove were dispatched to that fire along Route 522, in Kreamer Friday night.